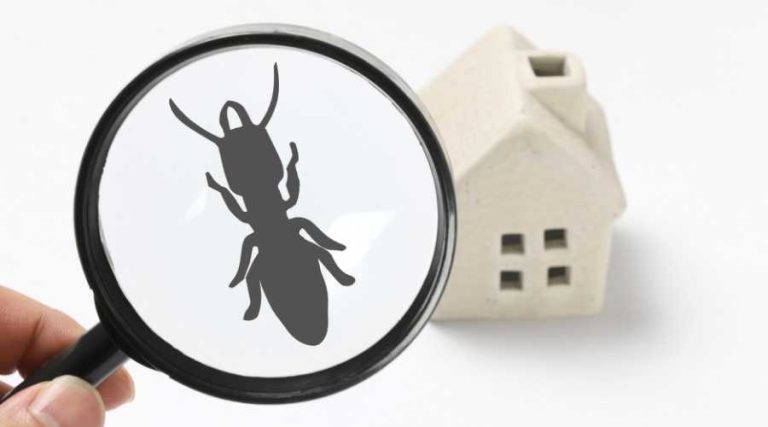 Termites are one of the most destructive insects that homeowners fear. They can cause serious structural damage to your home by burrowing into wood and nesting inside the structure. However, deterioration often takes time and does not happen instantly. In most cases, you won’t even realize you have a major problem until the termite colony has infested your entire home. So how do termite colonies get started?

A new termite colony begins when male and female termites leave their original colonies to mate. During the mating season, both develop wings and fly in search of a mate and a suitable place to establish a new colony.

After locating a suitable spot for her new colony, the queen begins laying eggs that eventually hatch. Newly hatched termites are initially in the larval stage and are not yet ready to assume a specialized role. As the larvae grow, they undergo multiple molts during which their hard outer shells are lost and new ones are produced.

A fully grown termite assumes one of the following roles in a termite colony.

Worker termites are often the largest group within a colony, and their primary responsibility is caring for the eggs, as well as feeding and nurturing the immature termites. They can chew through plastic, plaster, and various other materials and travel up to 250 feet from the main colony in search of food. Worker termites also maintain internal colony chambers and tunnels that can be seen within wood or below ground.

The termite soldiers are in charge of protecting the queen and safeguarding the colony from unwanted visitors. They are distinctive in appearance and have darker heads compared to other termites. Since they have to defend the colony, termite soldiers have larger bodies and larger jaws than worker termites.

The queen is responsible for laying eggs, controlling the population, and managing the growth of the colony over time. Before mating, the new king and queen make a nest in moist soil and seal it with their droppings, saliva, and soil. Within a few days or weeks of mating, the queen lays her first batch of eggs and starts a new termite colony.

The termite king completes the reproductive cycle and contributes to the viability and strength of the colony. The king’s darker color sets it apart from other termites. He is smaller than the queen and is usually about the size of a worker termite. Aside from maintaining colony growth and structure, the role of the king is mostly unclear.

Flying termites, also known as swarmers or winged termites, are breeders that leave the nest to establish new colonies. They are not readily present in a colony, and it can sometimes take up to four years for a colony to start breeding alates.

Alates have two equal-sized sets of wings when they reach adulthood. However, they shed these wings after completing swarm flight.

Swarming or budding are the two methods by which termite colonies often spread.

Budding usually occurs when a colony is separated from its queen due to a storm or other natural calamity. When this happens, supplemental spawners step in as queens to help the colony thrive.

Budding usually occurs when a colony is separated from its queen due to a storm or other natural calamity. When this happens, supplemental spawners step in as queens to help the colony thrive.

Vist Pest Control has been a full service residential and commercial pest control company for more than a decade.

We are a locally owned company that is well established in our local communities.

Call today for questions or to schedule a consultation with us NOW! What Every Vista Resident Should Know About Rats

Vista is home to many wild animals. They sneak through the bushes to enter our yards from the forested areas. If you Getting Rid Of Ants In Your Vista Home The Right Way

California is home to many different kinds of ants. Others have the potential to harm you and your home in addition to How Bad Is It To Have Bed Bugs In My Vista Home?

A bed bug infestation might be rather harmful in your Vista home if it’s allowed to grow and wreak havoc. Infestations of